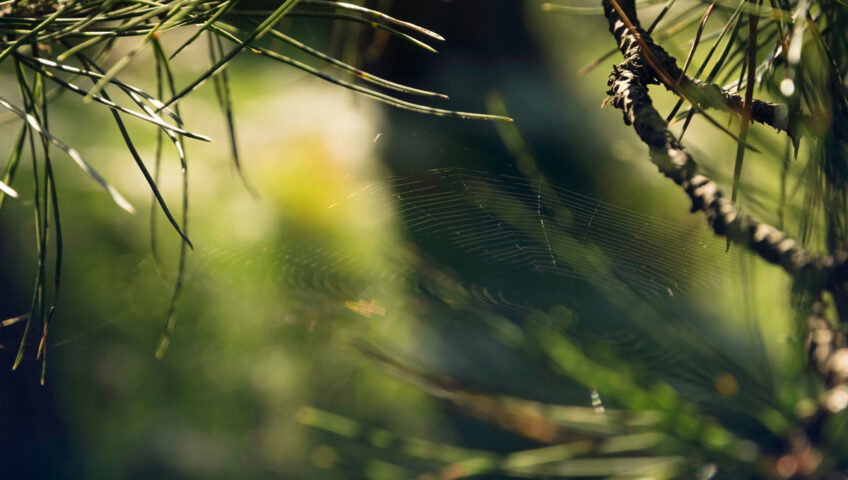 An invasive species to North America, the emerald ash borer is a green jewel beetle that feeds on species of ash trees. Adults are generally a third of an inch long, .063 inches wide, and a bright metallic green in color. The wing covers tend to be a darker green but can have copper hues. This beetle can be identified from below when it is flying by the upper abdomen, which is bright red.

The exotic beetle was discovered in the summer of 2002 in Michigan, near Detroit. They probably came into the United States in cargo ships or airplanes from their native Asia on packing material of solid wood. As of late 2018, the beetle was found not only in 35 states but 5 provinces of Canada as well. Since its discovery, the borer has killed ash trees in the hundreds of millions in North America, caused quarantines to be placed on logs, trees, and hardened firewood in areas of its occurrence, and cost property owners, municipalities, forest products industries, and nursery operators money in the hundreds of millions.

Emerald ash borer damage appears on largely in green, white, and black ashes. Of the North American species of ash, the blue appears to be the species that is most resistant. The beetle, whose name is often abbreviated to EAB, can also be found feeding on white fringetree. Tree symptoms are typically noticed initially in the top canopy. In fact, by the time a homeowner notices a D-shaped exit hole at ground level from an emerging adult EAB beetle, that tree will probably have been infested by generations of the beetles. Damage is typically quite evident by this point and is visible by watching the upper tree canopy first dying back, followed within the next couple of years by the lower canopy.

Females of the emerald ash borer lay eggs in crevices in the bark of ash trees. Larvae then feed beneath the bark of the ash trees to emerge in one or two years as adults. They exit through D-shaped holes. Adult beetles nibble on the foliage of ash trees but do little damage. The immature stage, or the larvae, feeding on the inner bark causes the true damage. This disrupts the tree’s ability to manage the transport of nutrients and water.

Tree symptoms show as canopy dieback and thinning upon first notice, epicormic suckering and sprouting as the tree is girdled by insect damage, bark cracks and splits, and a high profusion of woodpecker damage as the birds feast on the insect larva. When trees experience stress, they sometimes attempt to grow new leaves and branches where they still can. This is suckering.

Infected trees display top-down dieback with one-third to one-half of branches dying upon first notice; the remaining canopy dies within the two years that follow. This tends to be followed by a great many shoots arising beneath the dead sections of large branches and the trunk. Trees may exhibit two- to four-inch vertical splits within the bark as a response to larval feeding.

Woodpecker predation of EAB larva is another sign of potential emerald ash borer damage in a tree. The splinters of wood from woodpecker feeding tend to be a different color when there is recent damage: a light orange-yellow. The damage will be first noticed in upper branches that have a diameter of three to four inches, but it can be discovered throughout the tree when the infestations are in the advanced stages. Winter is when the damage is particularly visible from the ground level when woodpecker activity is more prevalent. Splinters of wood become more weathered in appearance through late spring and following into the summer months. Extensive damage from woodpeckers is sometimes known as bronzing or flecking.

The issue is further complicated by the fact that these symptoms are not unique to the EAB beetle. Native insects, diseases, and environmental factors may be responsible for symptoms that look identical to those of the EAB. Often common diseases like fungal cankers and verticillium wilt are mistaken for symptoms of emerald ash borer damage.

Specific signs of EAB include D-shaped exit holes that appear in June and July where the adults emerge from the ash trees. The holes are about one-eighth inch wide and may be oriented in all directions. These differ from exit holes of native borers, which will be oval or round and can vary size-wise. Another sign is a series of distinct S-shaped, serpentine tunnels or galleries beneath the bark. The tunnels are about an eighth inch wide and packed with frass, which is a mixture of insect excrement and sawdust. As the larvae feed, trees try to create callus tissue around the galleries. This sometimes causes the bark to split vertically, revealing the galleries and larvae. The final sign of the emerald ash borer infestation is the actual sight of the adults, larvae, or pupae.