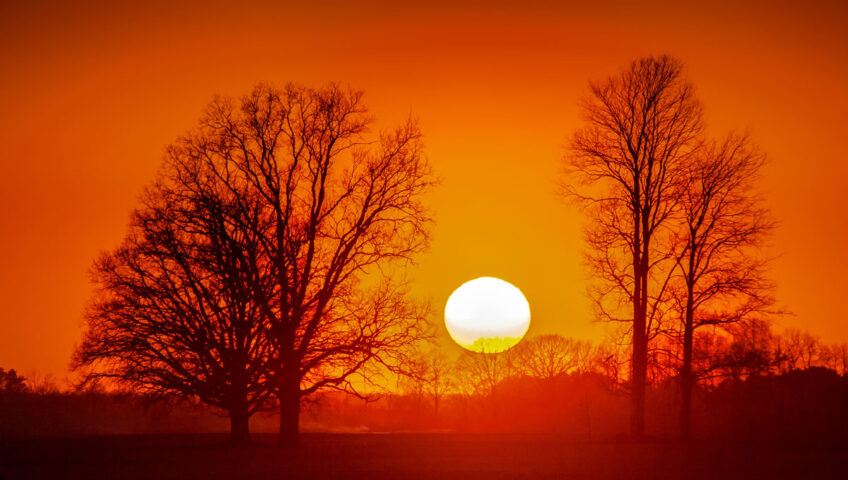 Rhizosphaera needle cast is a type of fungus that primarily affects spruce trees. The term Rhizosphaera refers to the species of invading fungus, while the term needle cast refers to how the disease progresses as the spruce “casts off” infected needles.

Not all spruce varietals are susceptible to Rhizosphaera needle cast disease, which can aid in landscaping decisions. Colorado blue spruce, Oriental spruce and white spruce are known to be susceptible to this fungal infection, while Norway and red spruce are more resistant.

If you are caring for spruce trees at your home or workplace, it is important to learn the signs of needle cast infestation. The earlier you catch a fungus like Rhizosphaera, the more successful treatment is likely to be.

In this post, learn what Rhizosphaera needle cast is, what it looks like, where it comes from, treatment options and prevention tips.

The term Rhizosphaera actually represents more than one fungal species, although the species R. kalkhoffii is most frequently implicated in spruce infestations.

This type of fungal infestation is actually rather common in spruce trees, especially among those that are planted in areas where they are not a native species. Wet, cool conditions can speed up and worsen an infestation.

Needle cast disease can take some time to become evident. The amount of stress the tree is under can shorten the time period to less than one season. Evergreen trees like the spruce won’t replace shed needles, so over time as the disease progresses, the symptoms will become more evident as the tree grows increasingly bare.

In general, it takes 12 to 15 months before symptoms become easy to detect. The main symptoms include the following:

– While new needles grow in green, older needles become discolored, often turning brown or yellow.
– When observed closely, needles can be seen to have tiny black dots along their length that are fungal spores (black dots are diseased; white dots are normal).
– Needles that have grown discolored will be shed in the fall and will not regrow.
– As the infestation progresses, the tree will look increasingly bare or even “see through.”
– The most typical damage pattern begins with infestation on the lower limbs that consistently moves upward until only the topmost crown of needles remains.
– After a majority of needles have become infected, this can then cause the branch to die off.

What Causes an Infestation?

Unfortunately, the Rhizosphaera spores are quite difficult to kill even through the harsh winter season, where they overwinter on living or dead needles. When spring arrives and the snow melts, splashing water can infest nearby trees.

The overall health of the tree can make it less or more susceptible to an infestation. Trees that are already stressed out from lack of water or nutrients, a difficult winter, poor husbandry or other health issues may be more apt to become infected.

While the fungus prefers young needles, it will also infect older needles if the need arises.

For severely infected trees, especially if they are smaller spruce that hold little value to your property, the best option is often a simple tree removal.

Several fungicides have proven to be effective to save spruce infected with Rhizosphaera. Fungicide chemicals that contain chlorothalonil or copper as an active ingredient are typically the most effective.

It is important to understand that there is no “cure” for Rhizosphaera and re-infection can occur at any time. The goal of fungicide treatment is not to cure the tree, but to prevent further infection or spread of Rhizosphaera.

The optimal time for treatment is in the spring during new needle growth. It is recommended to space fungicide treatments three to four weeks apart, continuing throughout the spring growing period or the wet season as applicable.

Fungicide should be sprayed over the entire tree. It is very important to ensure all needles receive the fungicide treatment, which can become more challenging with very large spruce.

Is There Any Way to Prevent It?

The hands-down best way to prevent a Rhizosphaera infestation is to plant a resistant varietal of spruce such as Norway or red spruce. However, be aware that even these spruce varietals can become infected under the right conditions.

Always take care to only plant non-infected spruce and to avoid planting any new trees near already infected trees. When infected branches or needles fall, take care to dispose of them by burning (if allowed in your area) hot composting or burying.

Colorado blue spruce is the most vulnerable. But any spruce varietal that is planted in sub-optimal conditions or has ongoing health issues is a potential candidate for Rhizosphaera infestation.

One key to preventing a Rhizosphaera infestation is to practice proper husbandry. These tips can help to prevent fungal invasion:

– Be sure your trees are pruned properly to facilitate maximum air circulation – air is not a friend to Rhizosphaera, which thrives in damp, cool, close conditions.
– Keep proper distance between trees when planted to avoid overlap as they grow.
– Keep your tree base properly weeded and mulch only up to four inches depth and up to two inches away from the trunk itself to permit proper airflow.
– Do not use sprinklers that spray near spruce (soaker hoses are a much safer option).
– Avoid pruning during the wet season to prevent fungal spread.
– Have a preventative fungicide treatment done annually to protect new needle growth (this can be helpful even on previously infected trees).

What to Do If You Suspect Rhizosphaera

The first step is to have your trees evaluated by a tree care professional. We will come to your site to evaluate your spruce and make recommendations for removal and/or treatment.

We will then provide you with a free, no-obligation quote for tree removal or the treatment option of your choice.